I’m addicted to Nightfall. Nuff said. Just remind me to eat and sleep.

What’s up sports fan? Err… I dunno if this should be categorized as a sport game but it is football, and it is about football management. Since Eidos and Sports Interactive split up in 2004, both have come up with their own version of football management simulation, Championship Manager (CM) and Football Manager (FM).

I received CM (07) demo a week ago, along with FM07. To tell you the truth, only FM07 get me hooked, I just played CM for a day and uninstall it. Sure, CM has fancy graphics now, 3D-like match generation (can’t beat FIFA though) but if you want in depth tactics and game play, FM07 is clearly the winner here. The last time I played FM was almost a year ago. Seems like WoW kept me busy at most times and I can’t seem to remember to play any other games.

Just like every FM, it has a complete database of players, clubs, and countries around the world (yes, you can manage a Malaysian Club, but why would you?). The new FM has a more in depth info, including player’s picture, club’s logo, club’s home and away jerseys, and you can even upload your own photo as a manager.

It seems that I have left FM for too long as I kept losing the easy matches. However, the new features like “Quick tactics” and “Team talks” is something I see as quite refreshing as you have to keep your team moral up before, after and even during the game. You can also deploy “The waiting game” tactic, something that I really really despise. But as long as it is legal in football, it is legal in the game.

There’s a lot for me to explore in the game, such as training, scouting, psychological battle with other managers. Man, I haven’t tried the multiplayer yet. Feel free to browse the screenshots I took. 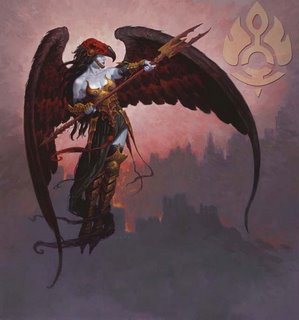 It’s been almost three years since we last played Magic. Many things have changed since the last time we were active. Two new base set – or did they call it core set now – had been released. Rules have been changing left and right. Old abilities have new keywords. The price of Black Lotus had skyrocketed to more than $1,400 USD. Painlands got phased out before being reprinted again. Legend is no longer a creature type now but human is. No more Counterspell or Birds of Paradise but Wrath of God stays. Also, apparently now they started to print some planeswalkers as creature cards. One thing that never change is that those damn goblins just keep on breeding. 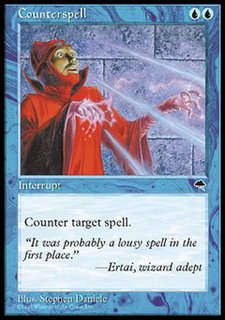 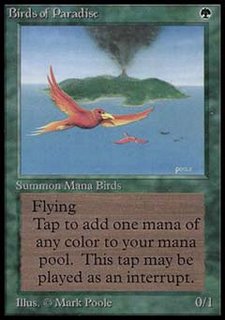 So after years away from Magic world, yesterday me, Ed, Array, and another guy named Azrul got together and played Magic for almost nine hours. Right after the Time Spiral expansion was released which included some “timeshifted” cards. Timeshift cards are old cards that were reprinted in their original design (sans the original expansion symbol) which are all the cards that we are familiar with since we stopped playing during Onslaught block. It could also be said that we ourselves were timeshifted.

And for some reason, Lady Luck must really love me yesterday. Out of five boosters I bought, three of them forked out some of my favourite cards of the timeshifted cards – The Rack, Nicol Bolas, and Avatar of Woe. I like The Rack simply because I never had one before. Nicol Bolas is my favourite elder dragon while Avatar of Woe is just the best and probably the only playable avatar out of all avatars. 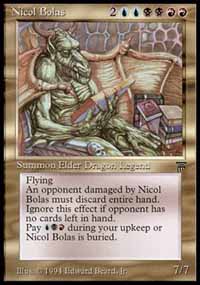 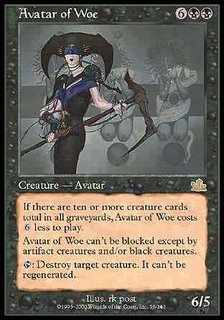 We also discovered a new multiplayer rule. Team play where any non-mana effect that includes the word “you” will affects the whole team. This makes cards like Noble Purpose or Propaganda totally broken.

We might probably make a weekly gathering from this point onwards. Once we gathered all the old gang, friday night is gonna be an eight-player multiplayer magic night. Ah, hell. Just what I need. Another distraction to fit into my busy schedule of November.

(All pictures are Copyright of Wizards of the Coast Inc.)
Posted by rexxdelarocha at 9:46 AM 0 comments

I started to play World of Warcraft(WoW) again after a long hiatus. For the ignorant, since the day I started and until today, I played WoW only on private servers. And as long as private servers go, the players population is small, some of the the quests are buggy and many of the spells and abilities are incomplete. But it is free nevertheless, as long as you have a broadband internet connection you are good to go. The purpose of this servers are to give many people who couldn't afford the real WoW the experience of playing WoW and in a sense I don't think it would affect real WoW at all because original WoW is simply amazing. Try asking Edz.

To Play
To start playing WoW private server you need the client installed in your computer. Usually this can be downloaded from any torrent site. After that you will need to patch the client to the latest version of which most of the servers will use in their emulator. All the patching complete, you can now play your private WoW provided that you have selected which server you like to play on. The list of servers is long so choose wisely and I have to warn that the process of registering as a new player in a server could be tedious, frustrating and time-consuming. But fortunately, most of these servers came with a forum so that if you get stuck, just check out the faqs and guides that have been provided. Just to get you started I've provided a link here that will take you to the WoW private servers list.

MangOS
Actually, I wanted to show some screen shots that I took while playing in a server that used the latest emulator. All this while from version 1.7 to 1.11, the emulator used for private WoW was WoWEmu. WoWEmu was a good emulator but as all WoW emulator go, it lacked many features when compared to real WoW server and can only support limited number of players. Thus there were many attempts to upgrade and replace WoWEmu and so far the most successful I’ve encountered is MangOS emulator. MangOS was created by a group which unfortunately I don’t have any ideas about as I cannot access their site at www.mangosproject.org for the time being. So far the emulator is promising in providing an alternative and complete WoW experience. Currently I’m playing at Hav0c’s Gryphon server and they are using an updated version of MangOS emulator. As you can see from the screenshots taken from Gryphon below are a few visible changes compared with server which used WoWEmu: 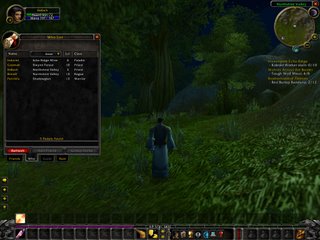 A very minor feature but not available in WoWEmu. Showing how many players in the server 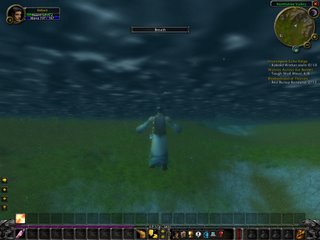 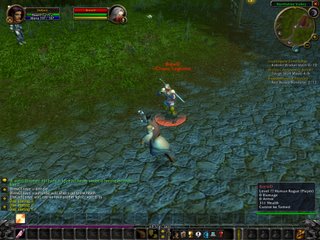 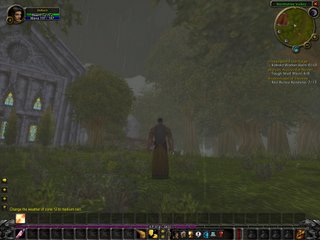 Now we have weathers. Ready those umbrella folks! 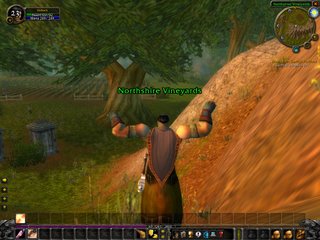 Falling from a high place is now a no-no 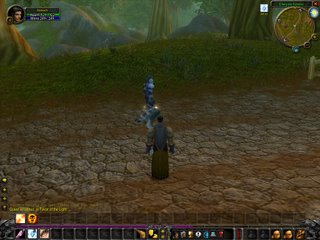 Guards now will kill any hostile creatures that venture into their path. Cool eh? 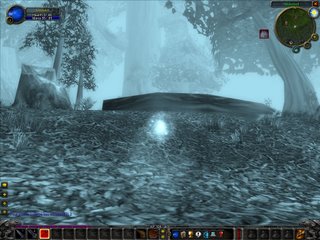 A video demo of all classes' abilities recorded from a MangOS based server.

But if you feel that it is too much hassle just to play private WoW, why don’t give Guild Wars a try? You only have to pay once and you can play like forever online. I know I will later ;)…
Posted by Doughlicious Cafe at 12:25 AM 7 comments